On the continent of America

Injuries are one of the leading causes of death in children and young people, but most childhood injuries can be prevented with some simple actions. Here are some tips on how to prevent some of the common types of accidents seen in the emergency room:
T&T Guardian, 288 days ago 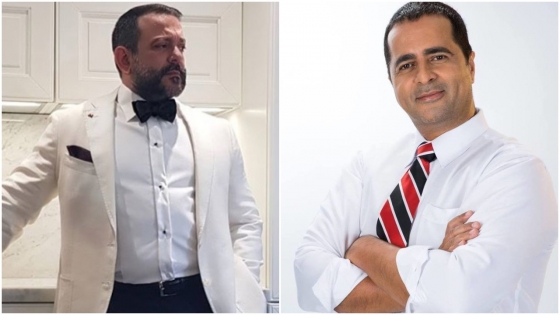 The High Court has ordered political leader of the People's Empowerment Party (PEP), Phillip Alexander, to pay $775,000 in damages to businessman and PNM financier Andrew Gabriel following a defamation lawsuit. Gabriel sued Alexander for defamation based on statements made on Alexander's Facebook page and on his radio programme. Alexander accused Gabriel and his wife of benefitting financially from their connections to the ruling People's National Movement. Alexander argued that his statements were covered by the freedom of expression and the media, as well as the right to the expression of political views, Gabriel said he and his family, including his wife and children suffered mental anguish from Alexander's constant attacks. After Gabriel warned Alexander about his statements, he ramped up his attacks and even invited the public to send him any damaging information about Gabriel, his business and his family. Justice Carol Gobin said that even though Alexander described his attacks as "rants", he seemed unrepentant about his scandalous claims. "The case only confirms the limits of two important constitutional rights, the right to freedom of expression and the right to expression of political views and it has long been established that these rights are not absolute," she said. "They do not trump the law of defamation. This is a defamation action plain and simple," she added. Justice Gobin awarded Gabriel general damages of $525,000 and aggravated damages of $250,000, for a total of $775,000. Alexander has also been ordered to pay Gabriel's legal fees but he has signaled his decision to challenge the ruling. "We, of course, disagree with the judge’s interpretation of the facts and we have signaled our intention to appeal," he said. Asked whether this will affect his actions on social media, Alexander said he was an activist and “the outcome of this matter will in no way deter my mission". "I am willing to go as far as it takes to prove this was not defamation," he said. Gabriel, meanwhile, said he felt vindicated. "This is a vindication for myself and my family who have been savaged by fake news and malice that was recognized in judgment," he said, adding, "I am satisfied with the ruling."
T&T Guardian, 430 days ago

Anitra Ali, a Form 2 pupil of Corpus Christi College, Diego Martin, was last seen by her guardian, at their Braithwaite Street, Belmont home around 6:30am, on February 12th 2019.
T&T Guardian, 507 days ago

The officer identified as PC Kyrston Ramirez was assigned to the Guard and Emergency Branch, based in Aranguez.
T&T Guardian, 566 days ago

An agreement between BP T&T (bpTT) and the Government will see the energy company investing some US$1.8 billion (TT$12 bn) in two new energy projects.
T&T Guardian, 567 days ago

The murder toll has hit 500 for the year after an unidentified man was killed in Montrose, Chaguanas, early Thursday morning.
T&T Guardian, 570 days ago

The families of Krystiana Sankar and Yannis Pebbles Augustine, the two women arrested and charged in last week's $3.8 million dollar drug bust at Regent Gardens, Westmoorings, will have to find six million dollars each to bail them out.
T&T Guardian, 572 days ago

No Commissioner of Police (CoP) has come to office with the flood of public support that Gary Griffith has enjoyed, and none has raised public expectation to a level as high as he has. Can he deliver?
T&T Guardian, 573 days ago

The devastating floods which occurred during the past five weeks throughout north-east, central and south Trinidad have left many questioning the frequency and intensity of rainfall patterns—leading persons to wonder if it could be linked to climate change and what it would mean for T&T moving forward.
T&T Guardian, 587 days ago